The Bahamas officially the Commonwealth of the Bahamas, is an island country of the Lucayan Archipelago consisting of more than 700 islands, cays, and islets in the Atlantic Ocean; north of Cuba and Hispaniola (Haiti and the Dominican Republic); northwest of the Turks and Caicos Islands; southeast of the US state of Florida and east of the Florida Keys. Its capital is Nassau on the island of New Providence. The designation of “Bahamas” can refer to either the country or the larger island chain that it shares with the Turks and Caicos Islands.

Originally inhabited by the Lucayan, a branch of the Arawakan-speaking Taino people, the Bahamas were the site of Columbus’ first landfall in the New World in 1492. Although the Spanish never colonized the Bahamas, they shipped the native Lucayans to slavery in Hispaniola. The islands were mostly deserted from 1513 until 1648, when English colonists from Bermuda settled on the island of Eleuthera.

The Bahamas became a British Crown colony in 1718, when the British clamped down on piracy. After the American War of Independence, the Crown resettled thousands of American Loyalists in the Bahamas; they brought their slaves with them and established plantations on land grants. Blacks constituted the majority of the population from this period. The Bahamas became a haven for freed African slaves: the Royal Navy resettled Africans here liberated from illegal slave ships; American slaves and Seminoles escaped here from Florida; and the government freed American slaves carried on United States domestic ships that had reached the Bahamas due to weather. Slavery in the Bahamas was abolished in 1834. Today the descendants of slaves and free Africans make up nearly 90% of the population; issues related to the slavery years are part of society.

The Bahamas became an independent Commonwealth realm in 1973, retaining Queen Elizabeth II as its monarch. In terms of gross domestic product per capita, the Bahamas is one of the richest countries in the Americas (following the United States and Canada). Its economy is based on tourism and finance.

The name Bahamas is derived from either the Taino ba ha ma (“big upper middle land”), which was a pronoun for the region used by the indigenous Amerindians, while other theories suggest it derives from the Spanish baja mar (“shallow water or sea” or “low tide”) reflecting the shallow waters of the area. Alternatively it may originate from Guanahani, a local name of unclear meaning. In English, the Bahamas is one of only two countries whose self-standing short name begins with the word “the”, along with the Gambia.

The country lies between latitudes 20° and 28°N, and longitudes 72° and 80°W.
In 1864, the Governor of the Bahamas reported that there were 29 islands, 661 cays, and 2,387 rocks in the colony.
The closest island to the United States is Bimini, which is also known as the gateway to the Bahamas. The island of Abaco is to the east of Grand Bahama. The southeastern most island is Inagua. The largest island is Andros Island. Other inhabited islands include Eleuthera, Cat Island, Long Island, San Salvador Island, Acklins, Crooked Island, Exuma and Mayaguana. Nassau, capital city of the Bahamas, lies on the island of New Providence.

All the islands are low and flat, with ridges that usually rise no more than 15 to 20 m (49 to 66 ft). The highest point in the country is Mount Alvernia (formerly Como Hill) on Cat Island. It has an elevation of 63 metres (207 ft).
To the southeast, the Turks and Caicos Islands, and three more extensive submarine features called Mouchoir Bank, Silver Bank and Navidad Bank, are geographically a continuation of the Bahamas.

The climate of the Bahamas is tropical savannah climate or Aw according to Köppen climate classification. As such, there has never been a frost or freeze reported in the Bahamas, although every few decades low temperatures can fall into the 3–5 °C (37–41 °F) range for a few hours when a severe cold outbreak comes off the North American landmass. Otherwise, the low latitude, warm tropical Gulf Stream, and low elevation give the Bahamas a warm and winterless climate. There is only an 8 °C difference between the warmest month and coolest month in most of the Bahama Islands. As with most tropical climates, seasonal rainfall follows the sun, and summer is the wettest season. The Bahamas are often sunny and dry for long periods of time, and average more than 3,000 hours of sunlight annually.

In the less developed outer islands (or Family Islands), handicrafts include basketry made from palm fronds. This material, commonly called “straw”, is plaited into hats and bags that are popular tourist items. Another use is for so-called “Voodoo dolls”, even though such dolls are the result of the American imagination and not based on historic fact.

A form of folk magic (obeah) is practiced by some Bahamians, mainly in the Family Islands (out-islands) of the Bahamas. The practice of obeah is illegal in the Bahamas and punishable by law.
Junkanoo is a traditional Bahamian street parade of music, dance and art held in Nassau (and a few other settlements) every Boxing Day and New Year’s Day. Junkanoo is also used to celebrate other holidays and events such as Emancipation Day.

Regattas are important social events in many family island settlements. They usually feature one or more days of sailing by old-fashioned work boats, as well as an onshore festival.

Many dishes are associated with Bahamian cuisine, which reflects Caribbean, African and European influences. Some settlements have festivals associated with the traditional crop or food of that area, such as the “Pineapple Fest” in Gregory Town, Eleuthera or the “Crab Fest” on Andros. Other significant traditions include story telling.

Bahamas culture is rich with beliefs, traditions, folklore and legend. The most well-known folklore and legends in the Bahamas includes Lusca in Andros Bahamas, Pretty Molly on Exuma Bahamas, the Chickcharnies of Andro Bahamas, and the Lost City of Atlantis on Bimini Bahamas.

Here on The Islands Of The Bahamas, every day is exciting. And when you’re ready for a good night’s sleep, there’s a variety of accommodations to select from—no matter your budget or preference.

When it comes to exploring nature, The Bahamas has plenty to offer. We play host to some of the most intriguing, exotic and mysterious natural phenomena on the planet.

Shuttles are available get around your different destinations. 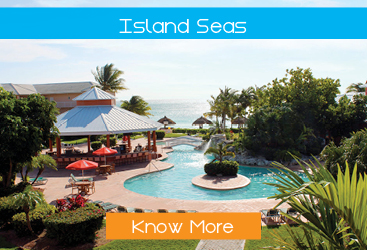 Lounge by the side of the outdoor pool or on the private beach, directly accessible from the property. 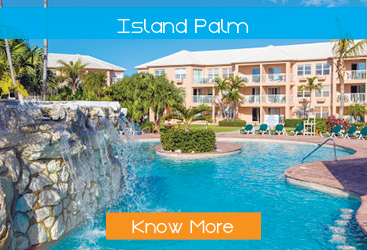